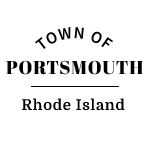 In a competitive world which demands excellence in its workforce, in its quality of life, in its educational system for our young, and in its ability to be at the forefront of technological change, Portsmouth shines.

Portsmouth is scenically located on Aquidneck Island in Narragansett Bay. It has a highly skilled, highly educated population of 17,149 (2000), 74% of whom live in single family houses.

The public school system is one of the best in the state. If you prefer a private education for your child, the Portsmouth Abbey, St. Philomena's, Aquidneck Island Christian Academy and the Pennfield School provide excellent alternatives.

Our fiscal year 2015 tax rate is $15.80 per $1,000 of full assessed value for all types of property. Portsmouth has only one tax rate for all classes of property. No higher rates for commercial or tangibles. The last revaluation was completed in 2014. Our Enterprise Zone Program provides terrific tax benefits for businesses building new, renovating, or expanding.

Major industries on Aquidneck Island include:
Small boat, sailboat, luxury yacht, and ship building are an integral part of the local economy. Marinas, tourism, and 4,000 acres of farms all add to our quality of life. A wide variety of skills exist in Portsmouth and adjacent towns. An impressive community of management, engineers, and scientists has grown around Naval Undersea Warfare Center and Raytheon, including many smaller consulting firms. A majority of Rhode Island's software industry, 70%, is located on Aquidneck Island. While Portsmouth tends to be home to the more highly skilled, a substantial population with a full range of skills lives within a 10 mile radius.

Portsmouth is advantageously situated. Wherever you do not see the bay (we have 56 miles of shoreline), chances are you overlook a farm or pasture. The town has one of the most progressive farm preservation programs in New England sea or air, and is just a stone's throw from all the major business centers, activities, and attractions in New England. Winter skiing is just two hours to the north, Cape Cod an hour east, historic Newport a few minutes south, and we have beaches and sailing in our back yard. At which of our five marinas would you like to moor your yacht? (Perhaps you would prefer to use our town boat launch, or use one of the over 1,000 private moorings.)

Proximity to Major Cities
Portsmouth is centrally located on the eastern seaboard between the major metropolitan areas of New York and Boston. Over 1.3 million people live within 25 miles; 3.3 million reside within 50 miles. More than 65% of New England's population lives within a 75 mile radius. There are 80 million people with a combined income of $1.6 trillion living within a 500 mile radius.

Interstate highways, I-95, I-195, and 24 make Portsmouth easily accessible to the rest of the northeast. It is located just 4 miles north of historic Newport, 22 miles east of Providence (a regional financial, rail, air and service center), 10 miles south of Fall River, 70 miles south of Boston, and 210 miles east of New York City. Over 4.5 million people visit the island each year, and most pass through Portsmouth.

Newly remodeled T. F. Greene Airport, located in nearby Warwick, Rhode Island, serves eight major airlines and seven commuter lines. It is one of the great turn-around stories in airport history. Logan International Airport in Boston, about an hour away, accommodates flights around the world. The Newport State Airport, 2 miles way, can provide service for most executive jets and charter service to T. F. Greene, J.F.K., and Logan airports.

Freight and passenger service is available through main line Contrail and Amtrak connections in Providence, which is part of Amtrak's Northeast Corridor system.

Newport county is famous for its sailing and marine traditions (Naval War College, Naval Undersea Warfare Center). It has deep water docking for cruise ships and commercial ships. There are shipyards with large docks for repairs and construction of commercial and pleasure craft, plus thousands of slips for pleasure boats. World renowned Hunt Yachts, Black Watch, Escape Sailboats, Hood Sails, Laser-Sunfish, Little Harbor Yachts, and Vanguard Sailboats are made here in Portsmouth. Four of the top five boat dealers in Rhode Island are in Portsmouth and the remaining top 10 are within a 5-mile drive. The nearby Port of Providence is one of the major industrial ports on the east coast. Galilee, the nation's fifth ranking fishing port, is 30 minutes west.